“Do you guys live here?”

Hmmm yikes, don’t know how I feel about that assumption.

If Burning Man, Mad Max and Woodstock had a baby it would look something like Slab City.

Named after the concrete slabs leftover from a Marine Corps training facility, Slab City, just east of the Salton Sea in Southern California, is home to a colorful assortment of people who have left mainstream society behind to live in what they call, “The last free place on Earth.”

Nearing the end of my coast to coast road trip with my friend Tyler (you can read about the rest of our “Road Trippity Dippity” here), we made sure to spend the better part of the day at the desert squatter community.

Walking around the compound of makeshift homes, decked out vans and campers, I felt like I was among the kind of people you’ll find still hanging out two days after the music festival has ended.

The kind of festivals with main acts like Primus, Phil Lesh, and Lotus playing a Talking Heads’ set; where you’ll find no shortage of patterned harem pants, wire wrapped pendants, guys named Sunshine trying to sell you heady pins, some backwoods mushrooms that will send you into another dimension and make you face your demons whether you like it or not.

We talked to one guy that wound up in the Slabs after Jerry Garcia died in ’95… so I think it’s safe to say my feeling can’t be too far off.

A true original Deadhead, he was one of the many that followed the Grateful Dead around as they toured the country. “Once Jerry died,” he said, “a few of us came out here.”

We bought rings and bracelets from him that he made himself, and he gave us both Apache tears rocks as parting gifts. “If you hold them up to the sun you can see right through them,” he explained. 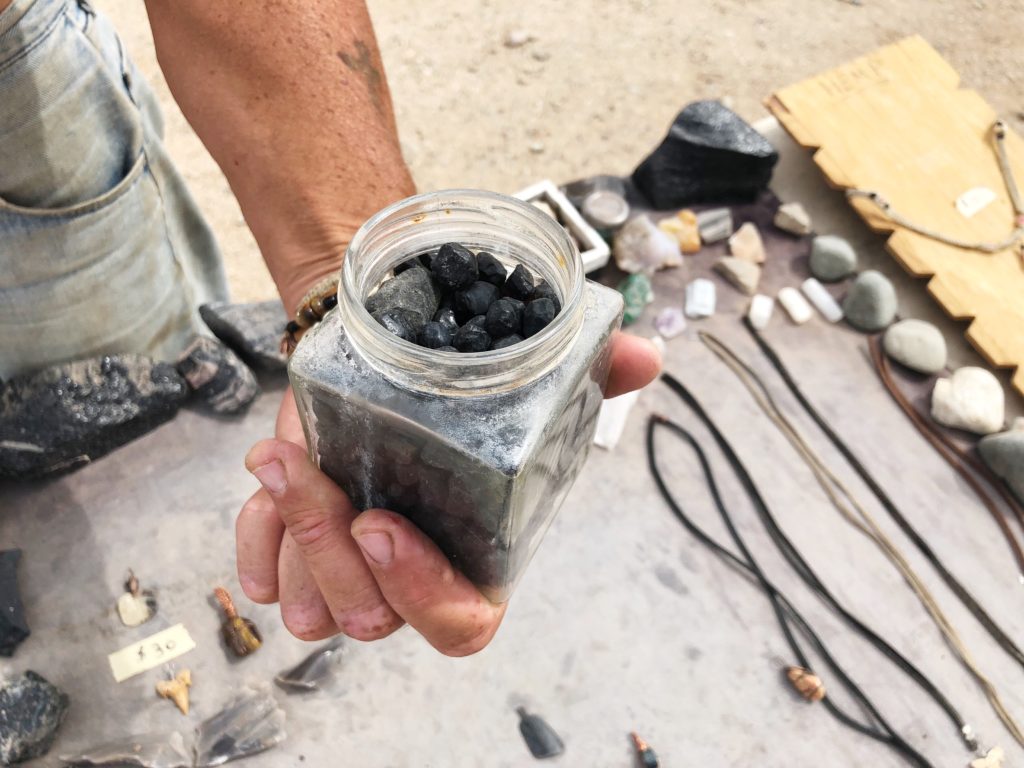 I did some research over in “crystal land” and the crystal people say they’re supposed to soak up negative energy. Sweet!

People from all walks of life are drawn to the slabs for countless reasons. Whether they don’t belong in mainstream society, they’ve lost everything, are drug users or people with mental illnesses, or just think this community offers the ideal living situation, they wound up at the Slabs for it’s promise of freedom and community.

The premise is there are no rules.

Thousands of “snowbirds” arrive each winter to enjoy the lack of fees and warm weather. Some hundred or so people, like my new Deadhead friend, stay full time and brave the summer desert heat.

The Slabs have been on my radar for a couple years now because of Salvation Mountain’s presence on social media. The vivid colors and designs have attracted many visitors over the years.

You might recognize it from its feature in the film “Into The Wild,” or more recently on Kesha’s music video for the song “Praying.”

The mountain is maintained by a crew of people today, but was the sole vision and creation of Leonard Knight.

For years he tried to sew together a hot air balloon so his message could be seen from the sky, but he could never get it to fly.

Then, long story short, like many before him and after, he found his way to Slab City.

Even with the help of his fellow Slabbers, the balloon never took off.

Upon his departure, Knight decided to spread his message with a concrete monument.

Intending at first to only stay a week, he stayed years adding junk and covering it with sand, concrete, paint, and the words “God is Love” with the “Sinner’s Prayer” below it.

The mountain fell four years after he began the project, but he built another, the one that stands today, from adobe clay, straw, and lots and lots of donated latex paint.

It’s truly a sight that needs to be experienced first-hand.

When you get there you’ll find a couple of people sitting at the base of the mountain watching over it, ask them any remaining questions you may have. Hearing the information and stories passed down to them is probably the best way to learn more about Knight and the mountain.

Apparently, an ominous “they” (I’m guessing the government) tried to enact fees at one point but legally, since Salvation Mountain is a religious monument, it could not be done.

Don’t forget to bring donations! It’s not required, but of course the right and nice thing to do.

We didn’t have any cash or paint to give but I did have beer! I traveled with a case of Dogfish Head’s collaboration with the Flaming Lips, “Dragons and Yum Yums” in the backseat throughout the road trip for special occasions such as this one.

The guys seemed very appreciative of the gift and I got to spread some local Delaware goodness.

Undoubtedly, the best part of the Slabs is the freedom and creative energy it exhibits. And that’s best exhibited at East Jesus. 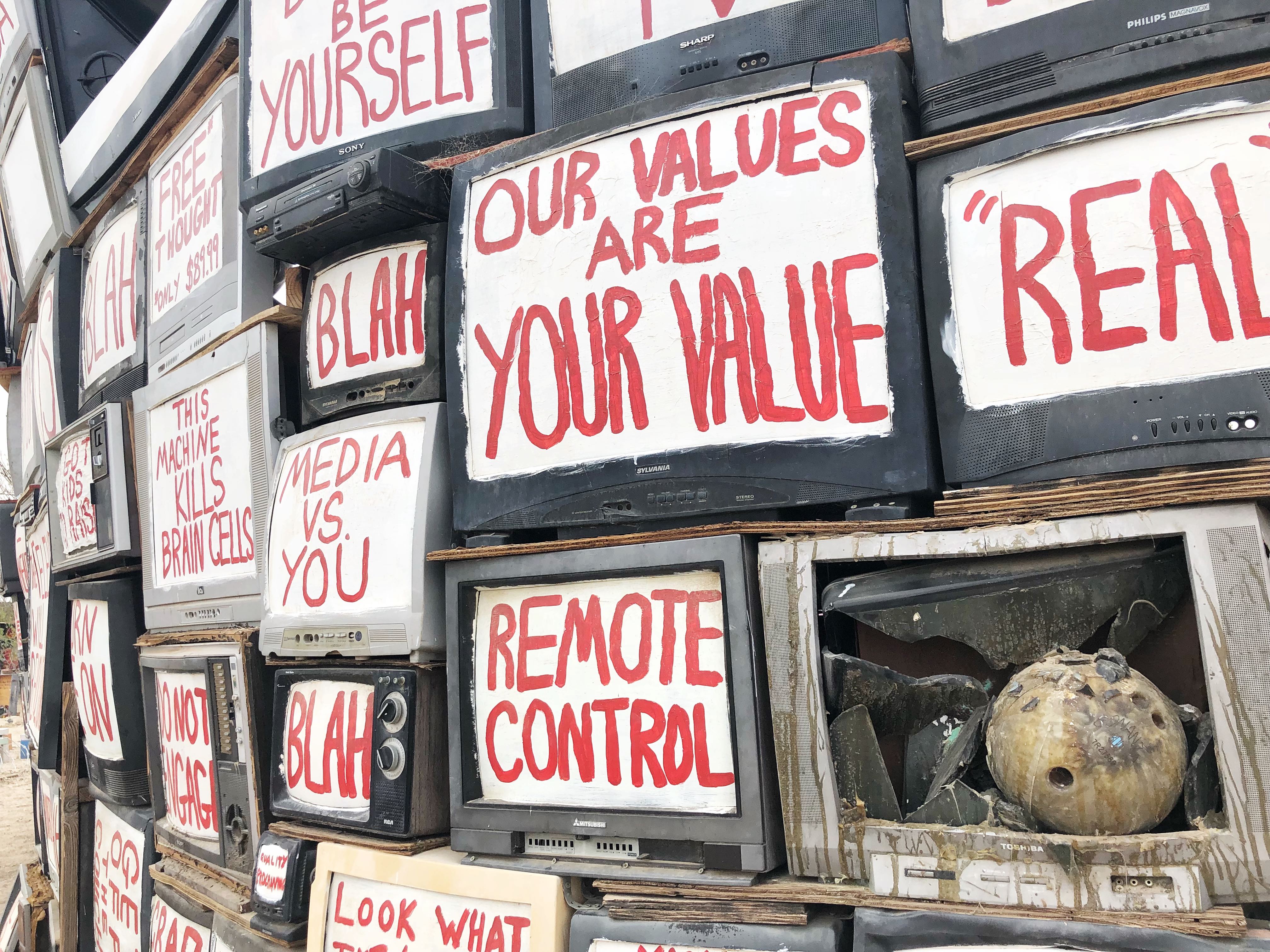 Further down the road past Salvation Mountain, follow the signs to the arts section of the community.

I didn’t know about East Jesus before the visit, the mountain man told us about it and we drove down the road wide-eyed excited to see what it held.

Driving up it doesn’t look like much, but walking through I found myself quite literally overwhelmed by the array of things to look at and interact with.

We went at it like children getting dropped off at a new playground with slides and climbing apparatuses they’ve never seen. 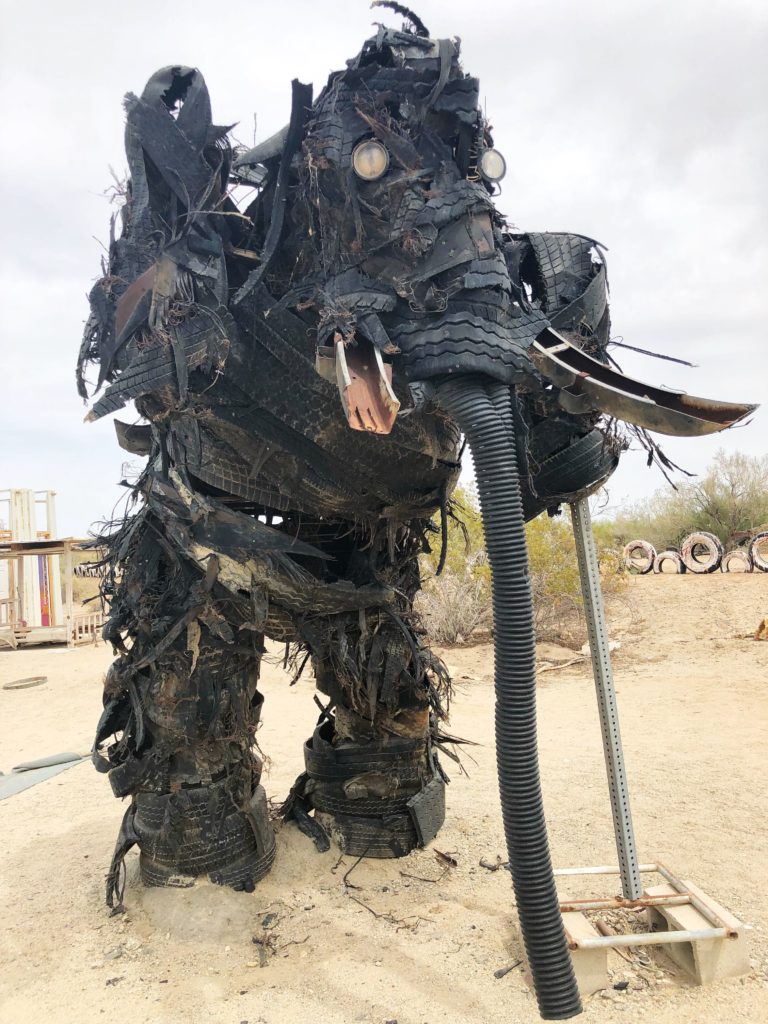 An elephant made out of tires over here, a time machine that way, doors and pathways, an alien robot, and I was really fond of the monster car.

With art hidden in every crevice, the area brought about a childlike exploring state.

It requires a bit of imagination, but it’s inventive, funny, whimsical, religious, political and satirical in parts.

Maybe you won’t be so blown away by the collection, but I thought it was smart and so much fun.

What a gem, I feel like I need to update my tetanus shot, but what an absolute gem.

If I stayed in that hippie phase I had going a few years ago I think I could have wound up in Slab City too for a bit. You easily might find Ty rolling around there next winter.

I can picture him curled up in a jury-rigged home guarding a nest of shiny things. If you see him, you can probably coax him out with the right Lisa Frank sticker.

Our Deadhead friend told us that in the fall things will start picking up and they host weekly events, so I believe I’ll find myself back for a visit. 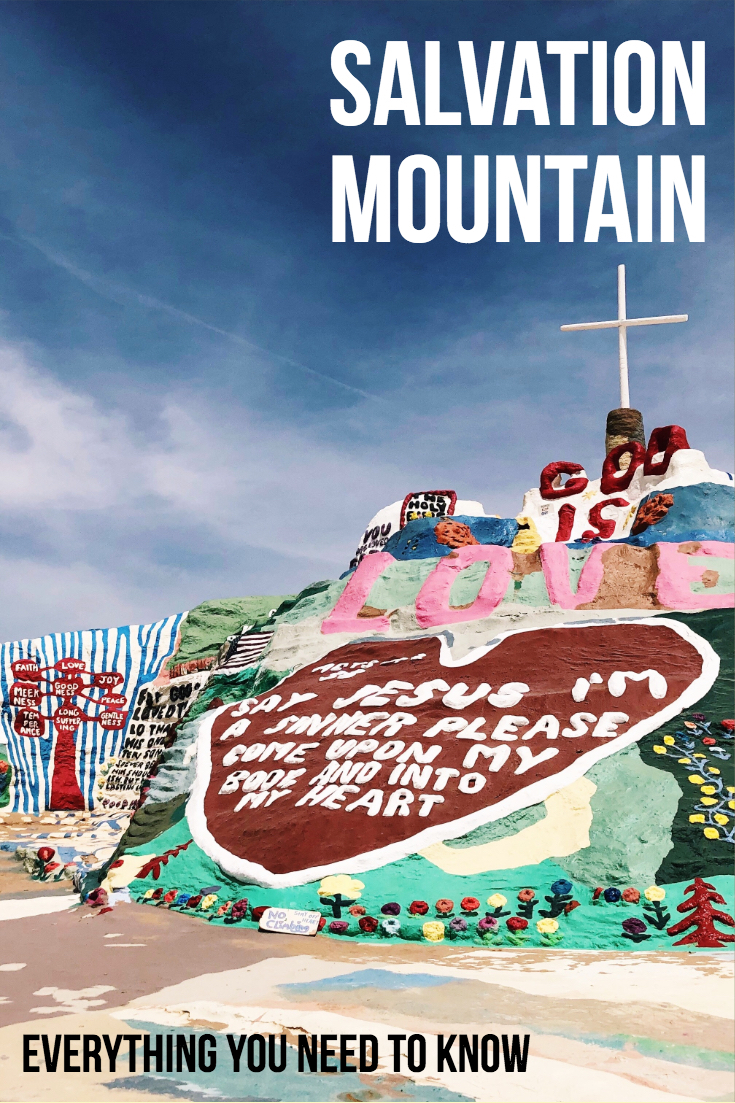